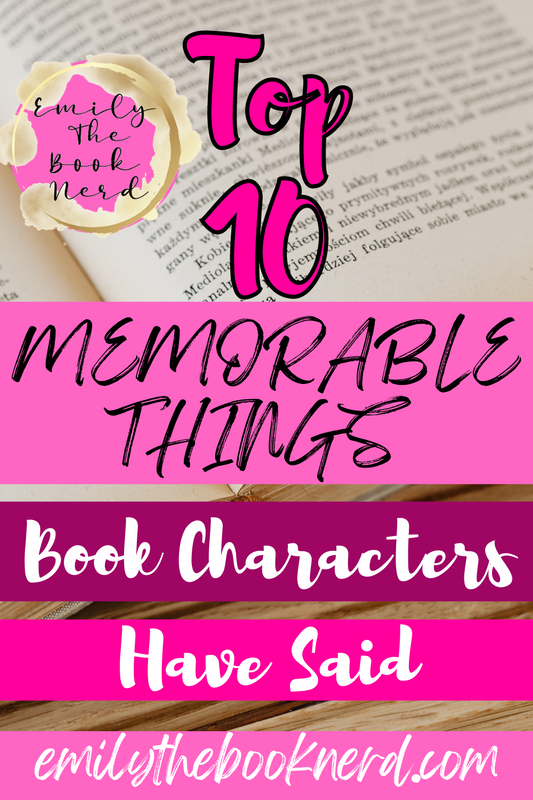 It's been a while since I have done a Top Ten Tuesday. I know I am a little late on posting this week but hey life happens. I saw this week's topic and I just had to do it.

This week’s topic is Top Ten Memorable Things Book Characters Have Said. You know those quotes from characters that just stick with you long after you finish the book? I don’t always remember exactly which character said them but they are still some of my favorite quotes of all time. It's no wonder that most of my favorite quotes of all time come from books because hey I read a ton..... no pun intended.
Here are some of my favorite quotes that characters have said in books:
1. Tuck from Tuck Everlasting by Natalie Babbitt
“Don't be afraid of death; be afraid of an unlived life. You don't have to live forever, you just have to live.”

4. Atticus Finch in To Kill a Mockingbird by Harper Lee
“I wanted you to see what real courage is, instead of getting the idea that courage is a man with a gun in his hand. It’s when you know you’re licked before you begin but you begin anyway and you see it through no matter what. You rarely win, but sometimes you do.” 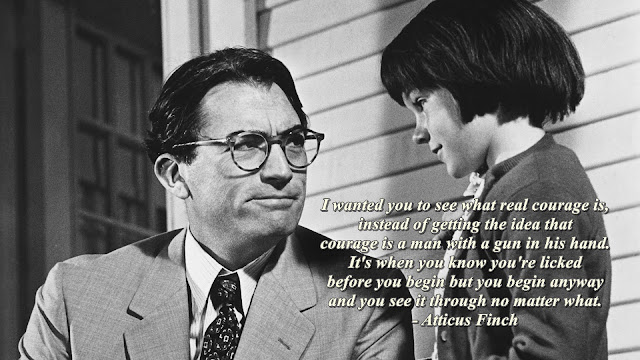 5. Alaska in Looking for Alaska by John Green
“The only way out of the labyrinth of suffering is to forgive.” 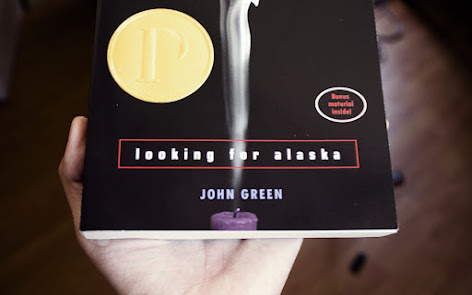 6. Charlie in The Perks of Being a Wallflower by Stephen Chbosky
“We accept the love we think we deserve.” 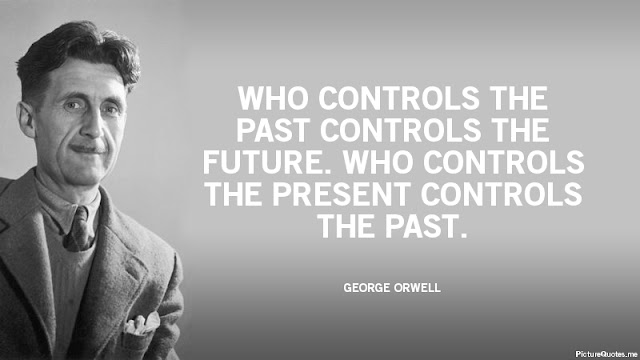 8. The Witches by Roald Dahl
“It doesn’t matter who you are or what you look like, so long as somebody loves you.” 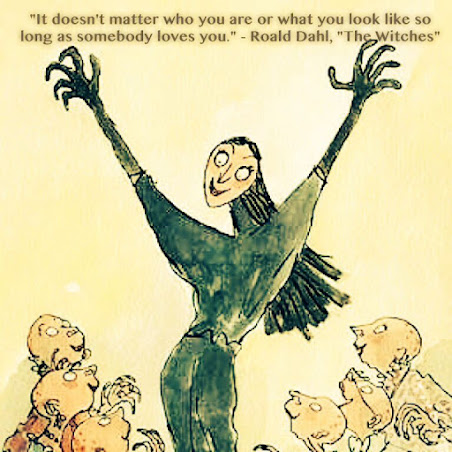 10. Albus Dumbledore in Harry Potter and the Chamber of Secrets by J.K. Rowling
“It is our choices, Harry, that show what we truly are, far more than our abilities.” Do we share any of the same favorite quotes from above?
xoxo,