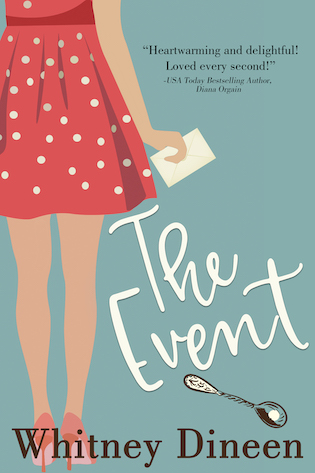 There’s a reason Emmeline Frothingham left her hometown of Creek Water, Missouri as soon as humanly possible. That reason is small-minded, judgmental people who wouldn’t know the truth if it was coughed up on them like an errant furball.
After graduating from college, Emmie gets her dream job in New York City. As the head buyer at Silver Spoons–a high-end boutique, and single girl about town, her life is ideal. That is, until the night of The Event, her company’s annual award’s ball at the Metropolitan Museum of Art. Nerves plus too much tequila leave Emmie dealing with a wicked hangover, the unemployment line, and a surprise to end all surprises.
Facing the repercussions of her wild night, Emmie is forced to go home to work in her family’s business. But her return puts her dead in the sights of the gossipy country club harpies who drove her away in the first place.
Will Emmie make peace with her past and embrace the love of her family? Will she discover that the man who seems to be judging her most has a secret of his own? Find out in this deliciously fun romantic comedy, sure to put a smile on your face!

Goodreads / Amazon
—
EXCERPT:
In my esteemed, but obviously biased opinion, Creek Water, Missouri, population 14,012, is the armpit of the world. Scratch that, it’s a ripe pustulant boil on the butt of the Northern Hemisphere. If it weren’t my hometown, and I weren’t desperate for employment, I’d have never considered moving back. Ever.
I just got off the phone with my Uncle Jed—the Beverly Hillbillies reference is not lost on me—and he’s offered to make me manager of a new commercial venture he and my other uncle Jesse (yes, like Full House) are starting up in the old warehouse district. The revitalization of Creek Water continues as my former peers have discovered that it’s cheaper to live at home and not go out into the real world like I did. Problem is, I got myself into a tiny bit of trouble in the real world.
I was driven in my formative years to prove that I could make something of myself without any backing from the illustrious Frothingham family, of which I am one. I was sick to death of people thinking everything was handed to me on a silver platter just because of my last name. So, I worked hard to get excellent grades in school, and I earned myself a scholarship to college. After graduation, I moved to New York City, determined to leave my small-town, small-minded roots behind. Things were going great too, until The Event.
I worked as head buyer for Silver Spoons Enterprises in Manhattan, an exclusive gourmet/kitchenware boutique chain on the Eastern Seaboard. I was stationed at our flagship location on East Seventy-Third Street.
The Event was the corporate dinner dance at the Metropolitan Museum of Art, where all the bigwigs gathered to pat each other on the back and recognize top-performing employees. I thought I was a shoo-in for the Demitasse Award, honoring the most creative contribution to the company during that fiscal year. I was personally responsible for the whole “Linens for Dinner” campaign, which promoted the idea that both urban and suburban millennials only use cloth napkins to dine, thus not only cutting back our carbon footprint by lessening paper waste, but also adding a touch of elegance to our lives. We sold more linens that year than in the previous ten years combined. It was that successful.
So there I sat in my way too expensive dress—I splurged because I knew how important it was to make a good impression on the executives and because it was the perfect little number to accept my honor in—when Jameson Diamante announced the nominees for the Demitasse.
There were only three of us—me with my linen campaign, Juliet Smithers from the Southampton store for her “Drink More Wine!” crusade, and Allison Conrad from Atlanta for her “Pretty Please, Y’all” call to reinstate formal invitations on engraved card stock.
Why don’t we just kill the planet, Allison, with all the trees we’re going to murder for your cause?
I was poised on the edge of my seat ready to throw my hands across my heart and gasp something along the lines of, “What? Me? My word, I’m so surprised!” I’d imagined how I’d get up and show off my six-hundred-dollar understated elegance to the whole room.
Jameson announced, “This year’s decision was not an easy one to make, with all three ladies greatly contributing to our brand, but in the end, we chose the contender who was responsible for the most innovative campaign.”
Here’s where the chain of events gets a wee bit cloudy. I could have sworn he’d called my name, so I stood up as planned, but my good friend and table-mate Lexi says that isn’t what happened at all. Apparently, old Jameson had called out Allison’s name, and she and I both went up to accept the award. How deforesting the planet is innovative, I do not know. I did hear through the corporate grapevine that Allison had gone to Jameson’s hotel room with him before the ceremony like a Kardashian auditioning her new sugar daddy. But I digress. Back to The Event.
I grabbed the silver spoon out my fellow nominee’s hand and proceeded to give my speech. All of it. Which for some reason I was allowed to do. It was a beautiful speech. I thanked my mother for her graciousness and manners, and I thanked my grandmother for teaching me how to fold dinner napkins into swans. I was about to thank Silver Spoons for having the wisdom to hire me, when Allison grabbed the Demitasse out of my hand. I may have chosen that moment to snatch it back and hit her over the head with it—obviously not very hard as she never pressed assault charges, thank God.
It’s all conjecture really. All I can say for certain is that I hastily fled the ceremony, trotting down all eight hundred thousand stairs of the Met in four-inch heels, in a cloud of disgrace and disappointment. I took a cab to a nearby bar, where I proceeded to drink my body weight in tequila before waking up in an unknown apartment in Brooklyn.

Author Bio:
Whitney loves to laugh, play with her kids, bake, and eat french fries -- not always in that order.
Whitney is a multi-award-winning author of romcoms, non-fiction humor, and middle reader fiction. Basically, she writes whatever the voices in her head tell her to.
She lives in the beautiful Pacific Northwest with her husband, Jimmy, where they raise children, chickens, and organic vegetables.
Gold Medal winner at the International Readers' Favorite Awards, 2017.
Silver medal winner at the International Readers' Favorite Awards, 2015, 2016.
Finalist RONE Awards, 2016.
Finalist at the IRFA 2016, 2017.
Finalist at the Book Excellence Awards, 2017
Finalist Top Shelf Indie Book Awards, 2017 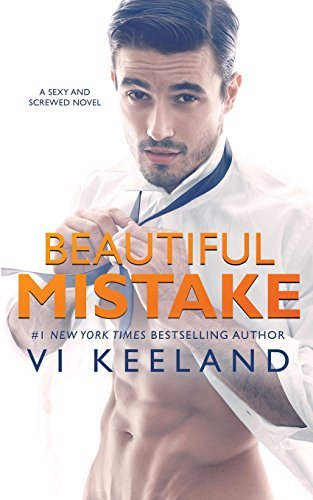