I Don't Know What You Know Me From: Confessions of a Co-Star 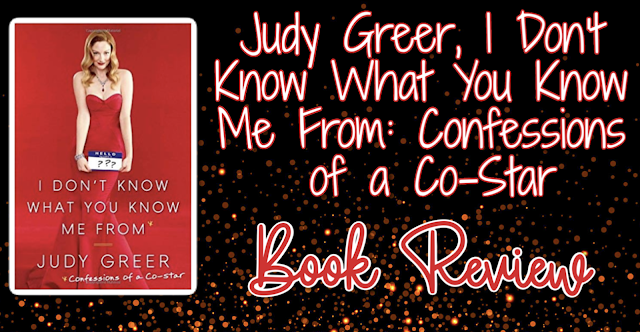 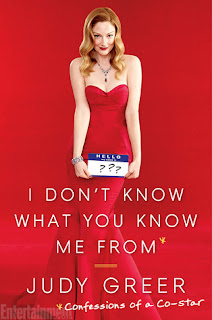 I Don't Know What You Know Me From: Confessions of a Co-Star
Author: Judy Greer
Genre: Memoir
Publisher: Doubleday
Published: April 8, 2014
Pages: 235
My Rating: ★★★

You know Judy Greer, right? Maybe from The Wedding Planner, 13 Going on 30, Carrie, Arrested Development, or The Descendants. Yes, you totally recognize her. And, odds are, you already feel like she’s your friend. In her first book of essays, I Don’t Know What You Know Me From, Greer writes about everything you would hope to hear from your best friend: how a midnight shopping trip to Walgreens can cure-all; what it’s like to wake up one day with stepchildren; and how she really feels about fans telling her that she’s prettier in person. Yes, it’s all here—from the hilarious moments to the intimate confessions. But Judy Greer isn’t just a regular friend—she’s a celebrity friend. Want to know which celebs she’s peed next to? Or what the Academy Awards are actually like? Or which hot actor gave her father a Harley-Davidson? Don’t worry; Greer reveals all of that, too. You’ll love her because, besides being laugh-out-loud funny, she makes us genuinely feel like she’s one of us. Because even though she sometimes has a stylist and a makeup artist, she still wears (and hates!) Spanx. Because even after almost twenty years in Hollywood, she still hasn’t figured everything out—except that you should always wash your face before bed. Always.

A look into the life of the actress Judy Greer.

I have always loved the actress Judy Greer. I find it hilarious that she titled her book I Don't Know What You Know Me From because I have always known her. Especially since she is super funny. My love for her started when she was in the movie 13 Going On 30. When I saw she was coming out with a memoir, your girl jumped on reading it. I am a sucker for celebrity memoirs.

There were a couple parts that I enjoyed reading about and getting to know this actress. For example, her childhood years were some of my favorite parts to read. Do yourself a favor and listen to this book on audiobook. It instantly adds so much more to the story. The audiobook is narrated by her and Judy has such a calming voice.

Celebrity narrated audiobooks are some of my favorites. I find when celebrities narrate their own story it really adds to the whole book. I love when authors tell their own stories. The book wasn't as hilarious as I was expecting. I wanted to laugh way more while reading it. At times, I found myself bored and just didn't care. In a way, the plot dragged on. There were quite a few stories in the book that did not need to be there.

I did love seeing how down to earth Judy is as a person. I really felt that she is different from most Hollywood stuck up celebrities. How she doesn't let fame or Hollywood get to her head. All in all, I am glad that I read her book even though it was a little bit forgetful. Hearing about working with JLo was neat. There was no concise beginning, middle, or end. Clearly, not all celebrities should write a book. It felt kind of disjointed. in the end, the book was just okay. Nothing spectacular and nothing horrible. Overall, average. 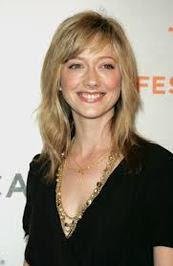 Judy Greer is an American actress with an extremely wide range of films and television projects under her belt. She is probably best known by fans of Arrested Development as Kitty and in films such as 13 Going on 30 (in some countries Suddenly 30) as the awkward best friend of Jennifer Garner's character Jenna. Some of Judy's other film and television credits include: 27 Dresses, 2 and a Half Men, How I Met Your Mother and Jeff who lives at Home. To fans of the show Archer, Judy is known for her voice role as Cheryl. Judy's most current film project is Kimberly Peirce's adaptation of Stephen King's Carrie as the kind gym teacher, Miss Desjardin who tries to stop Carrie's bullies. In July 2014, Judy will be seen as the chimpanzee Cornelia, the wife and queen of ape king Caesar played by her Suddenly 30 co-star Andy Serkis. Judy has two other projects coming out in 2015 including Tomorrowland and Disney/Pixar's The Good Dinosaur. 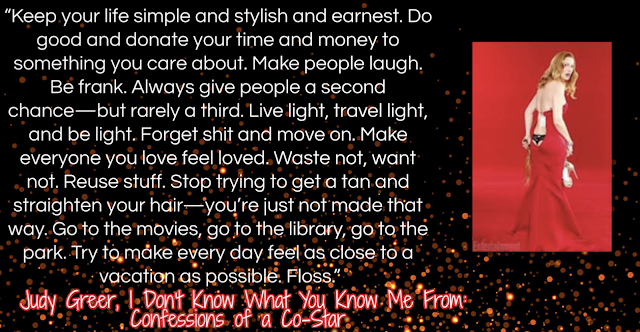