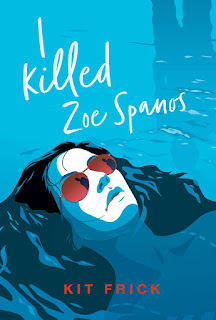 This gripping thriller follows two teens whose lives become inextricably linked when one confesses to murder and the other becomes determined to uncover the real truth no matter the cost. What happened to Zoe won't stay buried... When Anna Cicconi arrives to the small Hamptons village of Herron Mills for a summer nanny gig, she has high hopes for a fresh start. What she finds instead is a community on edge after the disappearance of Zoe Spanos, a local girl who has been missing since New Year's Eve. Anna bears an eerie resemblance to Zoe, and her mere presence in town stirs up still-raw feelings about the unsolved case. As Anna delves deeper into the mystery, stepping further and further into Zoe's life, she becomes increasingly convinced that she and Zoe are connected--and that she knows what happened to her. Two months later, Zoe's body is found in a nearby lake, and Anna is charged with manslaughter. But Anna's confession is riddled with holes, and Martina Green, teen host of the Missing Zoe podcast, isn't satisfied. Did Anna really kill Zoe? And if not, can Martina's podcast uncover the truth?

Summer in The Hamptons does not go as expected for a young girl.

I was surprised at how much I enjoyed I Killed Zoe Spanos. The characters were relatable and quirky. I especially loved the little girl Paisley that Anna goes to watch for the summer in the Hamptons. This book very much gave me feels and felt a lot like Big Little Lies or like a Gillian Flynn Gone Girl vibe.

The book follows a girl named Anna. She goes to nanny a little girl named Paisley during the summer. While she is working her nanny job she becomes engrossed in a local missing person's case of a girl that is very similar to her. As she digs deeper within the case she can't help but wonder if she is involved in some way. Zoe Spanos is very much like her.

I was impressed that this was a young adult novel. The author's writing was beautiful and very descriptive. This was one book that I breezed through while reading. I was kept on my toes for most of the novel. I was proud of myself that I actually found out the twist of the novel before the end this time! There were still twists that I did not expect though.

The plot was fast-paced and exactly what you would want in a thriller. This would make a great movie or even a tv show. I usually do not like most young adult thrillers but this is one book that did not disappoint. I could relate a lot to the main character Anna. This is going to be one popular book once it comes out. Thank you so much for giving me a copy to read. I loved how it put me in the summer mood. This would make a great beach read. 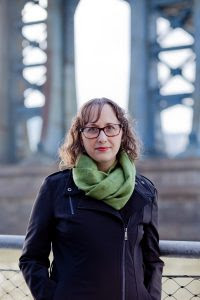 Kit Frick is a novelist, poet, and MacDowell Colony fellow from Pittsburgh, PA. She studied creative writing at Sarah Lawrence College and received her MFA from Syracuse University. When she isn’t putting complicated characters in impossible situations, Kit edits poetry and literary fiction for a small press and edits for private clients. She is the author of the young adult novels See All the Stars and All Eyes on Us, both from Simon & Schuster / Margaret K. McElderry Books, as well as the poetry collection A Small Rising Up in the Lungs from New American Press. Her third YA thriller, I Killed Zoe Spanos, will release on June 2, 2020.