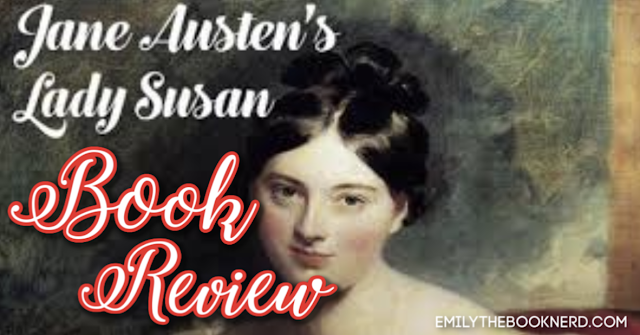 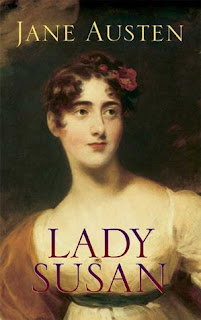 Beautiful, flirtatious, and recently widowed, Lady Susan Vernon seeks an advantageous second marriage for herself, while attempting to push her daughter into a dismal match. A magnificently crafted novel of Regency manners and mores that will delight Austen enthusiasts with its wit and elegant expression.

A scandalous widow who gets involved in the affairs of others.

This was my first Austen novel that I had ever read. I know that I am extremely behind on reading classic romances. Lady Susan was a great novel to start with because it did not take much of a time commitment. The whole novel is told through a series of letters and I read the book very fast because of it. Lately, I have been trying to read more classics and expand my literature knowledge. There is a reason why all of Jane Austen's books are classics. All of them stand the test of time and are still very much relatable today.

For the time period, I was surprised at how sassy and scandalous Lady Susan was. I applaud Austen for writing such provocative novels at the time I am sure. As a character, Lady Susan had her head held on high and would not submit to a man. She was equally involved in all the latest gossip throughout the town. She involved herself in a lot of the town's affairs. Susan gained quite a reputation for herself. I loved how flirty of a character she was and bossy.

Do not be fooled by how old this novel is. It is just as equally scandalous and entertaining as a modern romance. However, I rather did not care for the actual romance itself. At times, the old English language did get to me and I would have to re-read sentences a couple times to figure out what was going on. Either way for an older novel this one was pretty easy to follow. I do think Lady Susan was an exceptional introduction to all that Austen and her writing have to offer. I am going to try some more of Austen's famous romances. The novel was way darker than I had expected. I loved how men desired Susan and fell to her feet. Showing a female in charge during this time period was very fun to read. I cannot wait to watch the film adaption now. 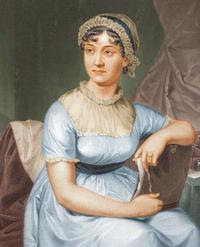 Jane Austen was an English novelist whose works of romantic fiction, set among the landed gentry, earned her a place as one of the most widely read writers in English literature, her realism and biting social commentary cementing her historical importance among scholars and critics. Austen lived her entire life as part of a close-knit family located on the lower fringes of the English landed gentry. She was educated primarily by her father and older brothers as well as through her own reading. The steadfast support of her family was critical to her development as a professional writer. Her artistic apprenticeship lasted from her teenage years until she was about 35 years old. During this period, she experimented with various literary forms, including the epistolary novel which she tried then abandoned, and wrote and extensively revised three major novels and began a fourth. From 1811 until 1816, with the release of Sense and Sensibility (1811), Pride and Prejudice (1813), Mansfield Park (1814) and Emma (1815), she achieved success as a published writer. She wrote two additional novels, Northanger Abbey and Persuasion, both published posthumously in 1818, and began a third, which was eventually titled Sanditon, but died before completing it. Austen's works critique the novels of sensibility of the second half of the 18th century and are part of the transition to 19th-century realism. Her plots, though fundamentally comic, highlight the dependence of women on marriage to secure social standing and economic security. Her work brought her little personal fame and only a few positive reviews during her lifetime, but the publication in 1869 of her nephew's A Memoir of Jane Austen introduced her to a wider public, and by the 1940s she had become widely accepted in academia as a great English writer. The second half of the 20th century saw a proliferation of Austen scholarship and the emergence of a Janeite fan culture.