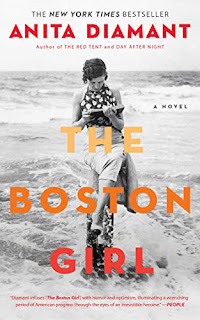 From the New York Times bestselling author of The Red Tent and Day After Night, comes an unforgettable coming-of-age novel about family ties and values, friendship and feminism told through the eyes of a young Jewish woman growing up in Boston in the early twentieth century. Addie Baum is The Boston Girl, born in 1900 to immigrant parents who were unprepared for and suspicious of America and its effect on their three daughters. Growing up in the North End, then a teeming multicultural neighborhood, Addie's intelligence and curiosity take her to a world her parents can't imagine - a world of short skirts, movies, celebrity culture and new opportunities for women. Addie wants to finish high school and dreams of going to college. She wants a career and to find true love. Eighty-five-year-old Addie tells the story of her life to her twenty-two-year-old granddaughter, who has asked her "How did you get to be the woman you are today?" She begins in 1915, the year she found her voice and made friends who would help shape the course of her life. From the one-room tenement apartment she shared with her parents and two sisters, to the library group for girls she joins at a neighborhood settlement house, to her first, disastrous love affair, Addie recalls her adventures with compassion for the naïve girl she was and a wicked sense of humor. Written with the same attention to historical detail and emotional resonance that made Anita Diamant's previous novels bestsellers, The Boston Girl is a moving portrait of one woman’s complicated life in twentieth-century America, and a fascinating look at a generation of women finding their places in a changing world.

An old lady looks back at her life and the choices she's made.

The concept of this book really interested me. I am not one to normally pick up historical fiction. Addie is our main character and is telling her Granddaughter all about her life and the choices she's made. The story is told in flashbacks showing you Addie's past. I wanted to love this book but it fell short for me. Plot points were dragged on.

Addie was born to poor Jewish-Russian immigrants. There were many times when food was scarce and finding money and jobs was hard. The whole book is one conversation that Addie is having with her Granddaughter. The novel spans many decades starting in the early 1900s. The author could have done way more with the time period she chose to write about. I wanted more visual elements. When I read, I like feeling like I am amongst the characters seeing the story unfold before my very own eyes. The writing didn't do that for me at all.

I hate to say it but I became very bored in parts. Life as a woman in the early 1900s was very hard and I felt the story only just began to brush onto that fact. However, I loved Addie's stubbornness to step outside the social norms of a woman at that time period. The book was mediocre. Not good and not bad.

We are never even told as readers why Addie is telling this story to her Granddaughter in the first place. All we know is that her Granddaughter's name is Ava and she's an adult. This did not feel like an adult novel. The novel fell flat and didn't really elaborate on much if anything. This book has many trigger warnings. The main ones being sexual assault and suicide. Addie's marriage and that time period are only glossed over. I wish there had been more on her husband and children. All in all this book was not memorable in the slightest. 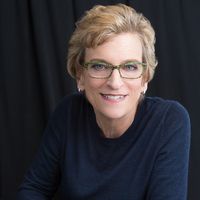 Anita Diamant is the author of twelve books -- the newest novel being THE BOSTON GIRL. She recently published an updated edition of her VERY FIRST book, which was The New Jewish Wedding: THE JEWISH WEDDING NOW. Addie Baum is THE BOSTON GIRL, born in 1900 to immigrant parents who were unprepared for America and its effect on their three daughters. Growing up in the North End, then a teeming multicultural neighborhood, Addie’s intelligence and curiosity take her to the wider world of the 1910s and ‘20s: short skirts, celebrity culture, and new opportunities for women. Anita is best-known for her first novel, THE RED TENT, which was published in 1997 and won the 2001 Booksense Book of the Year Award. Based on the biblical story of Dinah, THE RED TENT became a word-of-mouth bestseller in the US and overseas, where it has been published in more than 25 countries. Three other novels followed: GOOD HARBOR, THE LAST DAYS OF DOGTOWN and, DAY AFTER NIGHT. Anita has also written six non-fiction guides to contemporary Jewish life, which have become classic reference books: THE NEW JEWISH WEDDING, THE JEWISH BABY BOOK, LIVING A JEWISH LIFE, CHOOSING A JEWISH LIFE, HOW TO RAISE A JEWISH CHILD, and SAYING KADDISH.. An award-winning journalist, Diamant's articles have appeared in the Boston Globe Magazine, Real Simple, Parenting Magazine, Hadassah, Reform Judaism, Boston Magazine and Yankee Magazine.PITCHING MY TENT, a collection personal essays, is drawn from twenty years worth of newspaper and magazine columns. 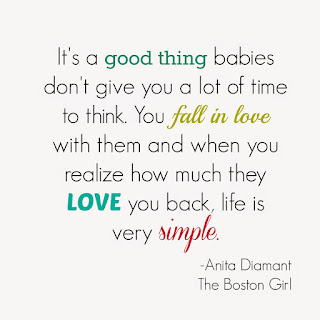