The Opposite of Falling Apart Book Tour 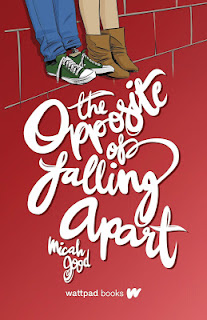 The Opposite of Falling Apart

After losing his leg in a terrible car accident, Jonas Avery can’t wait to start over and go to college. Brennan Davis would like nothing more than to stay home and go to school, so she can keep her anxiety in check. When the two accidentally meet the summer before they move away, they’ll push each other to come to terms with what’s holding them back, even as they’re pulled closer to taking the biggest leap of all—falling in love. The Opposite of Falling Apart has more than 2.1 million reads on Wattpad.

A disabled boy falls in love for the first time to a girl who has anxiety.

The Opposite of Falling Apart follows Jonas who lost his leg in a car accident. One day, while driving he gets into a fender bender with a girl named Brennan. They immediately begin a friendship because they are both misfits. Both of them have a lot in common. Brennan has horrible anxiety and Jonas can relate. The two of them are in need of a friend. The book follows the two of them as they are off to college for the first time.

The idea behind The Opposite of Falling Apart sounded so cute to me. Two disabled teens falling for each other. While some of the book was extremely cute. Other parts of the story became extremely annoying for me. I loved Jonas. He was by far my favorite character. Brennan just became extremely sulking and annoying for me at times. I could relate to her and her chronic anxiety but she almost became cruel because of it at times. She used her anxiety as an excuse for everything.

The ending was too predictable for me. The diversity of the story was something different and I applaud the author for that. This was the first paraplegic teen book that I have read. It was neat to see into that kind of life and the thoughts that go on inside that kind of mind. Both characters could relate to each other. Being stuck in life was very relatable.

Going off to college for the first time was also explored. Those chapters I enjoyed the most. I could relate to the uncertainty of having a new roommate that you didn't know for the first time. Having to get up in the middle of the night and run down the hall to use the bathroom. Using the student union for food. Not having a car. All the joys of your Freshman year of college. More books need to explore this time in your life.

Overall, I just wish I cared for these characters more. I wanted to see more of their family dynamics. Maybe even Jonas before he lost his leg. It became too average for me and predictable. The author's writing was very beautiful though. The pacing needed to go faster. Parts dragged on. It was a good love story though and a fast read which was a plus. 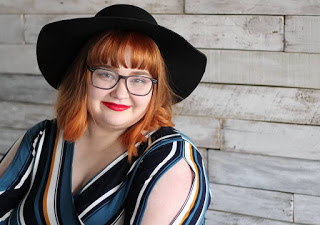 Micah Good has been writing since middle school. She’s been writing stories on Wattpad since the summer before her freshman year of college. Her stories have been featured, won a Watty, and she was invited to participate in Wattpad’s Paid Stories program. She currently lives in the midwestern United States, where she is pursuing a career in nursing. She loves dogs, naps and getting lost in a book. 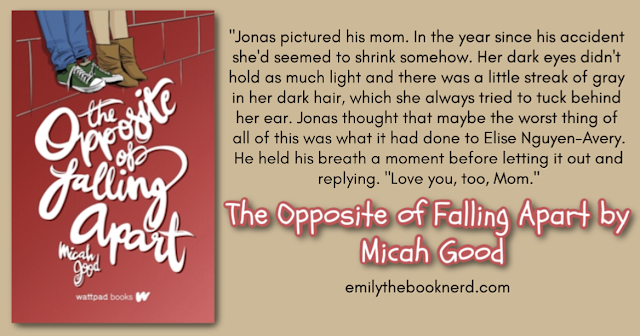