She's With Me (Review + Playlist) 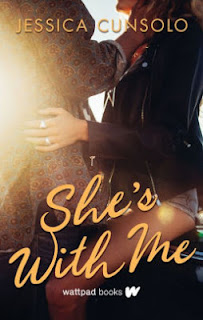 Jessica Cunsolo’s She’s with Me is a kaleidoscope of modern day teen romance, revenge thriller, and over-the-top excitement. It’s Mean Girls meets Gone Girl meets The Client, as the story twists and turns around its fierce female lead, leading to a heart-racing cliffhanger . . . Telling the truth is sometimes harder than keeping a secret. Standing out as the new girl is hard enough, but add in Amelia Collins’s dangerous past, and her life depends on sneaking through senior year unnoticed. But when she crashes into the school’s most infamous heartthrob, Aiden Parker, on her first day, she’s suddenly on everyone’s radar, and as Amelia becomes immersed in a new group of friends, keeping a low profile won’t be an option—even if it’s a necessity.

A girl just trying to navigate growing up is also in the witness protection program and has a big secret.

I was not expecting to love She's With Me this much. It was one of my favorite books that I read in 2019. I am for sure going to continue on with the series because the ending was absolutely epic. It left off in probably one of the biggest cliffhangers that I have read in a long time!

The story is about a girl named Amelia. She is in the witness protection program. However, we don't figure out why until almost the ending of the book. It's one epic ride the entire time. Amelia has a romantic interest named Aiden, who is so hunky it's perfect. I love how protective he becomes of Amelia. It's the exact kind of love story that I gush about and love.

Amelia has a hard time keeping out of trouble and unnoticed. As a character, she is so relatable. I loved her and her friends so much. She's With Me is very character-driven. The only reason why I didn't rate the book higher is that it almost felt instantaneous that Amelia's friends started to love her. Where it almost felt unrealistic at times. You don't just become best friends overnight with people. All of the other characters knew each other for years but they became just as close with Amelia in what it felt like one night. Trust is something that is built. It's great that they were so loving and accepting of her but I wasn't buying it at times.

This was the first book by the author that I had read. I instantly fell in love with her writing style. The writing and language are beautiful. Her word choice allowed my brain to vividly see the story unfolding right in front of me. Instantly, I was engrossed in the plot and needed to know what happened. It didn't take me long to finish this book. I needed to know what was going to happen. So, I applaud the author for keeping my attention throughout the entire story. This is one series that I plan continuing. It's hard to capture my attention to want to continue on with a series but this novel did that so well.

The book is so intense but also equally as funny. I smiled a lot while reading the novel. If you want a drama-filled book then you have to give this wonderful book a try. You will not be disappointed. That was one big adrenaline rush. She's With Me is one great book! 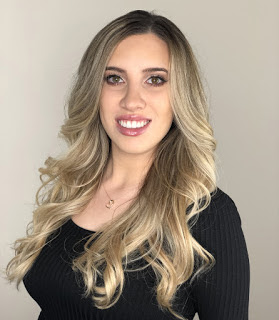 Jessica is an indecisive university student from a small town near Toronto, Canada. She published her first young adult novel She’s With Me, on Wattpad under the name “AvaViolet” when she was 17 years old. In just over 2 years, her story has amassed over 61 million reads and has reached the number one spot in teen fiction more times than she can count. Her story She’s With Me won the 2016 Wattys “Talk of the Town” award, as well as The 2016 Fiction Awards “Best Teen Fiction.” She also won The 2016 Writer Awards for Novelist of the Year and Wattpad Writer of the Year. Jessica enjoys hiking, the outdoors, and trying to sneak her way out of inevitable awkward situations. She can often be found daydreaming about scenarios which have a 5% chance of actually happening to her. But she doesn’t mind, since she can transform them into awesome stories which she can vicariously live through. 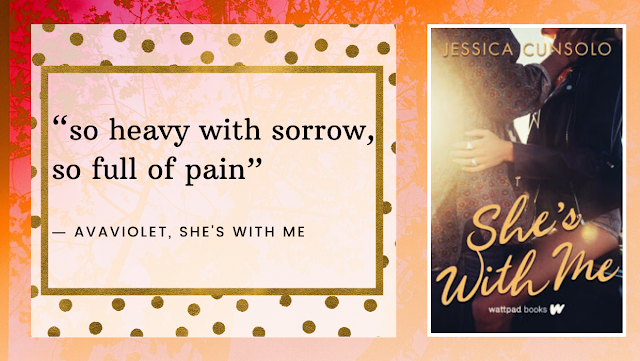