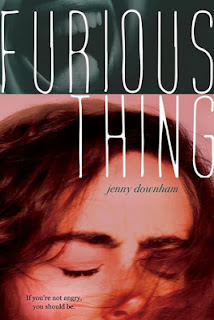 From the critically acclaimed author of Before I Die comes a remarkably affecting story of a girl who burns with anger for reasons she can't understand, and the power and risk that comes with making noise. Fans of E. Lockhart, Jennifer Niven, and Gayle Foreman will find their own fury in this exceptional novel for our times. Bad things happen when you're around, Lex... That's what her stepfather tells her. That's what she believes about herself. But how can she convince herself and everyone around her that her anger doesn't make her a monster? If only she could stop losing her temper and behave herself, her stepfather would accept her, her mom would love her like she used to, and her stepbrother would declare his crushing desire to spend the rest of his life with her. She wants these things so badly, she's determined to swallow her anger and make her family proud. But pushing fury down doesn't make it disappear. Instead, it simmers below the surface, waiting to erupt. There'll be fireworks when it does... An intensely real story of manipulation and identity, Furious Thing is about the slippery slope of manipulation and how one girl can fight to claim back the spaces that belong to her.

A young girl is on a journey to discovering her true self.

This is the second book that I have read by Jenny Downham. The concept of a young girl constantly angry with the world around her really intrigued me. Any teenage angst story is always on my radar. I love books that showcase young but determined female characters. Lex is always up for a challenge and will fight for what she wants even if it backfires.

I really wanted to love this story but it kind of fell flat for me at times. However, I really connected with the main character Lex. I know what it's like to be from a broken family at a very young age. How it can affect you growing up. Where your anger is sometimes so intense while growing up that it's hard to control your emotions. I felt for Lex on a deep level for most of the book.

At times, I couldn't stand Lex's mother. She is horrible like really horrible. Where it's unexcusable that she would let her boyfriend who turns into Lex's stepfather around her children. Mother's are always supposed to put their children first. Lex's mom doesn't put her kids first. The stepfather is pretty much just as bad as the mother. The book became very hard to read. The amount of manipulation in this book is sickening. I know that was the point of the novel so I won't fault the author for that.

Maybe, this is just one case where the author and I don't mix very well. Jenny's other book Before I Die was pretty average for me too. The little sister in Furious Thing is absolutely adorable. I wish she was featured more in the book. The parts that she was in were for sure my favorite moments. If it weren't for the sister then I probably would have rated the book lower.

While I didn't love this book, I didn't necessarily hate it either. I don't think Lex loving her stepbrother needed to be in there. It was at times gross. Lex basically throws herself at him all throughout the book. It was kind of annoying at times. Lex, as the main character is very naive and has tremendous amounts of growing up to do. I did enjoy her stubbornness.

Female anger should be shown more in society in general. Anger in the book is often referred to as being a bad thing and that really annoyed me. There is nothing wrong with being angry. Anger is a healthy emotion to feel. Lex just takes her anger to the extreme at times. So, I get why the author wanted to portray her acting out in violence not being okay. I applaud the author writing about an extremely controversial topic and I do think she handled it well.

Furious Thing delves into how a person can be abusive even if they don't necessarily punch or hurt someone physically. How manipulation is just as bad. My mindset wasn't always the best while reading this book. So, please go into this book carefully as it can be triggering. I still am trying to digest this story. Any kind of abuse is hard to write about. The author's writing style was beautiful and kept my attention for the most part. The story was just average for me. This was one emotional read. 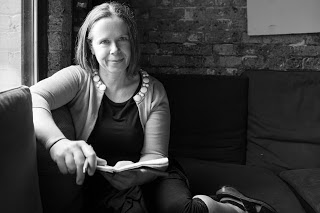 Jenny Downham is a critically acclaimed, international bestseller. Her debut novel, Before I Die, was shortlisted for numerous awards in the UK, including the Guardian Award and the Lancashire Children's Book of the Year, was nominated for the Carnegie Medal and the Booktrust Teenage Prize, and won the Branford Boase Award. Before I Die was turned into a movie called Now is Good starring Dakota Fanning in 2012. Her most recent novel, Unbecoming, garnered four starred reviews and was an Entertainment Weekly Must List pick. Jenny lives in London with her two sons. Photo Credit: Barker Evans Photography 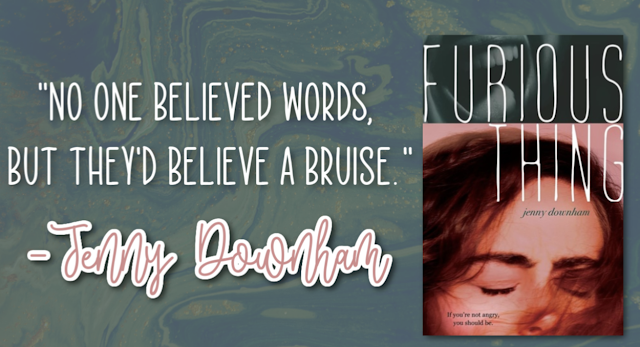