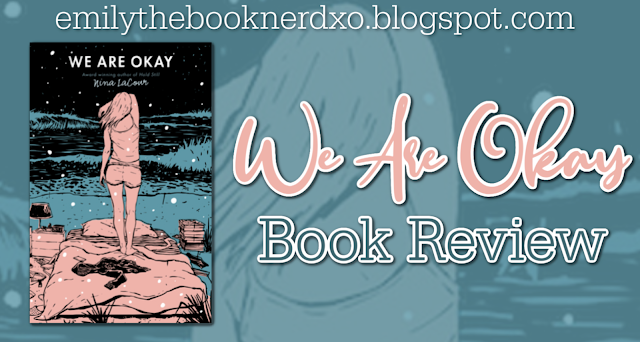 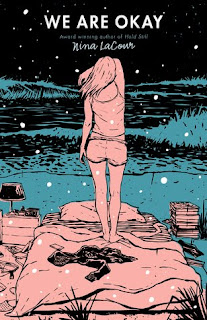 You go through life thinking there’s so much you need… Until you leave with only your phone, your wallet, and a picture of your mother. Marin hasn’t spoken to anyone from her old life since the day she left everything behind. No one knows the truth about those final weeks. Not even her best friend, Mabel. But even thousands of miles away from the California coast, at college in New York, Marin still feels the pull of the life and tragedy she’s tried to outrun. Now, months later, alone in an emptied dorm for winter break, Marin waits. Mabel is coming to visit, and Marin will be forced to face everything that’s been left unsaid and finally confront the loneliness that has made a home in her heart.

A girl who is without a family decides to stay in her college dorm over winter break.

There had been a lot of previous hype about We Are Okay that I had heard before going into this book. So, when I had finally picked up the book... I was super excited to read it. Plus, the cover is absolutely gorgeous. Unfortunately, the hype did not live up to itself. In no way did I care about what was going on in the book.

The main character, Marin was annoying... Along with her friend Mabel. Mabel comes to visit Marin in her dorm over college winter break. Marin stays in her college dorm over break because she has no family to go home to. Nothing really happened for most of the book and it often put me to sleep while reading the book.

I have no idea why so many readers enjoy this book. It just was not for me. The only character that I liked was Marin's grandfather who ends up dying. He dies tragically and it was very hard for me to read. Marin was a boring character and barely talked. The character was almost too isolative that the book lacked and it became very slow-moving.

I did enjoy the authors writing. She made you feel like you were physically in the dorm. I even became cold while reading the book as the book is set in the winter and it is snowing for most of the novel. Props to Nina LaCour for that! I will pick up more books by her in the future and I don't judge her for this book... I enjoyed her writing just didn't like the story. Maybe, I will like her other stories better.

I did feel that the book represented depression very well. Depression isn't pretty and the book captured the BLAH of feeling depressed. However, by the ending it was almost like the idea of depression was just thrown out the door. Marin didn't overcome anything. To me, that was very unrealistic. Depression and grief don't just go away like the switch of a lightswitch. I can understand why the book is a hit or miss for people. It just wasn't for me. 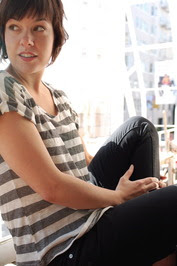 Nina LaCour grew up in the San Francisco Bay Area. Her first job was at fourteen in an independent bookstore, and she has since worked in two others. She has tutored and taught in various places, from a juvenile hall to a private college. She now teaches English at an independent high school. Nina lives in Oakland, California with her wife and their two cute cats. Visit her online at www.ninalacour.com. 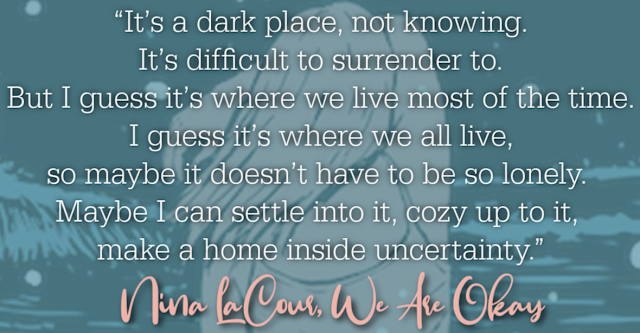