How The Light Gets In Blog Tour (Review + Playlist) 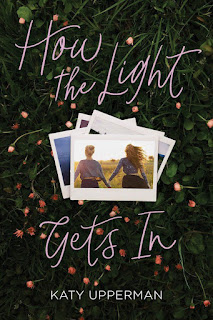 How the Light Gets In

Since her sister’s tragic death, seventeen-year-old Callie Ryan has basically given up. Her grades have plummeted, she’s quit her swim team, and she barely recognizes the people her parents have become. When she returns to her aunt’s run-down coastal Victorian one year after Chloe’s death, Callie resigns herself to a summer of guilt and home renovations. She doesn’t expect to be charmed by the tiny coastal town or by Tucker Morgan, a local boy brimming with sunshine. But even as her days begin to brighten, Callie’s nights are crowded with chilling dreams, unanswered questions, and eerie phenomenon that have her convinced she’s being haunted. Will Callie be able to figure out what her sister is trying to communicate before it’s too late?

A young girl grieving the loss of her sister.

The protagonist, Callie lost her sister tragically and is grieving throughout the novel. I really enjoyed the stages of grief shown in the book. It was both heartwarming and tragic all at the same time. Callie has been rebellious ever since losing her sister and her father makes her go to her aunt's house during the summer. She is expected to help her aunt fix her old home to turn into a B&B.

Of course, like any young adult contemporary, she ends up meeting a boy and falling in love. While she is helping her aunt restore the old beach house, Callie begins to see signs of her sister. Almost as if she is being haunted by her. I really enjoyed watching Callie grow as a character and go through the stages of grief. She learns how to laugh and smile again. The book shows how important it is to see that life does, in fact, go on even if you never truly forget the person you lost.

The book really hit home for me seeing how depressed Callie became. How she used weed to numb out. The depression of her mother and her isolation. It was all very well developed. I very much enjoyed the authors writing style and will be picking up more of her books after this one. I wasn't much a fan of the love interest but it's very hard for me to ship romances in books. So I don't fault the author for this. Romance isn't huge for me.

There is some mystery with the book because you don't know exactly how Callie's sister died right away. I enjoyed this aspect very much. The summer setting made it all the more interesting. All we get in the beginning is that the death took place at the house the prior summer. I loved seeing the mystery unfold. Adding the paranormal aspect was also different but equally enjoyable. The book only had some minor flaws but overall it kept my attention and was enjoyable. If you like summer easy contemporary reads you should pick this one up! 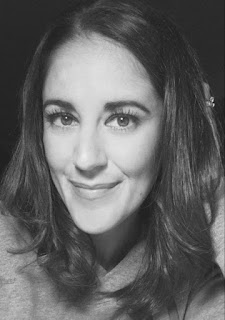 Katy’s debut novel, Kissing Max Holden, was published August 1, 2017, and her sophomore effort, The Impossibility of Us, released July 31, 2018. Her third novel, How the Light Gets In, will be out August 6, 2019. All three books are with Swoon Reads/Macmillan. She’s represented by Victoria Marini of the Irene Goodman Agency.