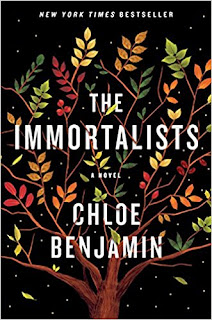 If you were told the date of your death, how would it shape your present? It's 1969 in New York City's Lower East Side, and word has spread of the arrival of a mystical woman, a traveling psychic who claims to be able to tell anyone the day they will die. The Gold children—four adolescents on the cusp of self-awareness—sneak out to hear their fortunes. Their prophecies inform their next five decades. Golden-boy Simon escapes to the West Coast, searching for love in '80s San Francisco; dreamy Klara becomes a Las Vegas magician, obsessed with blurring reality and fantasy; eldest son Daniel seeks security as an army doctor post-9/11, hoping to control fate; and bookish Varya throws herself into longevity research, where she tests the boundary between science and immortality.

An average diverse novel that deals with very controversial topics.

First of all, let me say how disappointed I am with this book not getting a higher rating from me. This novel was one of my highly anticipated novels of the year and it really fell flat for me. I loved the premise of this book. Four siblings growing up in NYC and go see a psychic who tells them the day they are going to die. From a very young age, the siblings know exactly the day they are going to die. It draws on the controversy how if you knew the date of your death how would you go about spending your days on Earth? Would you want to know the date of your death or not?

Man, did this book have a lot of controversial topics and diversity. I really enjoyed that aspect of the novel. However, let me preference this by saying there are major trigger warnings in this novel for all types of issues and it is for sure an adult novel. It can get pretty graphic with its scenes. I had not read something that in your face in a long time. I love how this book starts out in the 60s and is very atmospheric to the time periods present in the story.

As far as the writing itself, it's very beautiful and I would for sure try this author again. The plot and characters are what fell flat for me and my taste. Usually, I care deeply about my characters and I honestly did not care about these characters at all. The plot twists did not all that surprise me either considering the topic. I did also like how the novel was separated into parts narrated by each of the four siblings.

The book dragged on for me and took me a lot longer to finally finish it. I did not particularly like the ending either. It ended very randomly. There were many parts where I was extremely bored. Overall, this book and the characters are not very memorable. 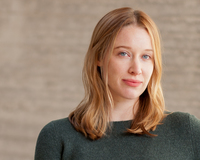 Chloe Benjamin is the author of THE IMMORTALISTS, a New York Times Bestseller, #1 Indie Next Pick for January 2018, Barnes & Noble Discover Great New Writers Selection, #1 Library Reads pick, and Amazon Best Book of the Month. Her first novel, THE ANATOMY OF DREAMS (Atria, 2014), received the Edna Ferber Fiction Book Award and was longlisted for the 2014 Flaherty-Dunnan First Novel Prize. Her novels have been translated into over twenty-three languages. A graduate of Vassar College and the M.F.A. in fiction at the University of Wisconsin, Chloe lives with her husband in Madison, WI. 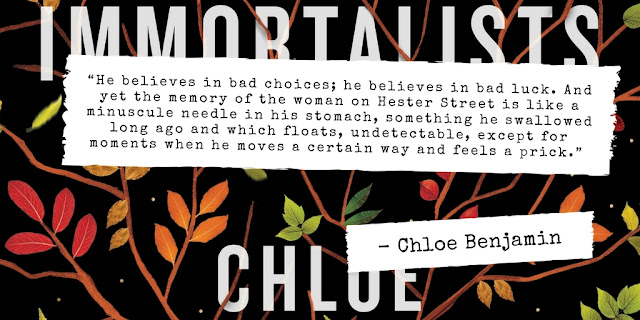