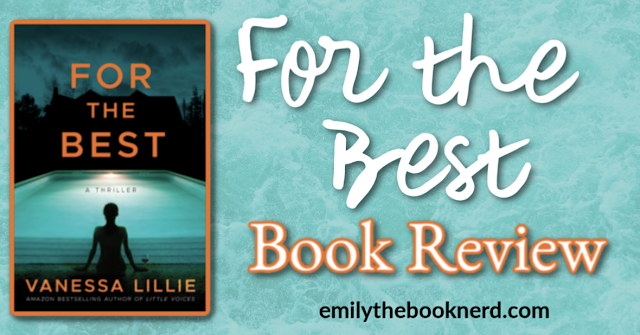 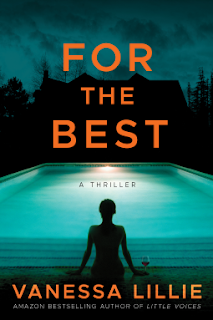 Suspected of a murder she can’t remember, a troubled woman takes an unusual approach to proving her innocence in this gripping thriller from the bestselling author of Little Voices. When Jules Worthington-Smith’s wallet is found next to a dead man, she becomes the prime suspect in his murder. After struggling for years to build the perfect family and career, she’s dangerously close to losing everything. Sure of her innocence, Jules is desperate to clear her name. But there’s one big problem: she was blackout drunk when the murder took place and can’t remember what happened. Unsatisfied with the police’s handling of the case, Jules embarks on her own gin-fueled murder investigation. As she uncovers fresh clues, she starts a true-crime vlog that becomes a viral sensation, pushing her into the public eye. It’s not long before the ordeal forces Jules to confront her demons, including her turbulent childhood and excessive drinking. The deeper Jules digs, the more dirt she uncovers about the murder and herself. Unexpected truths pile up until she’s buried so deep even finding the killer might not be enough to set her free.

A girl is accused of killing her boss one night.

At first, I was in the mood to read a juicy new thriller and the summary of For The Best stood out to me. The book centers around the main character Jules who is a suspect for killing her boss. Jules decides to make a Youtube channel documenting her trying to figure out who actually killed her boss because she does not believe the police are doing all that they can to solve the murder.

The only catch is the night her boss was murdered she was drinking with him and does not remember a thing. Jules's wallet was found with the body. She believes that as she uncovers facts about the murder her memory will begin to resurface. The whole book she believes herself to be innocent.

Most of the novel, I was very bored. I found the main character to be a very unlikable person. The family was toxic in this book. The only scenes that I really enjoyed were with Jule's little boy. I felt bad that her son had to grow up in such a toxic household. Both Jules and her father are excessive drinkers. I had a hard time reading this book. The story was not for me.

Nothing ended up being surprising in the mystery aspect of the book really. By the time I got to the end of the book, I literally rolled my eyes at the actual outcome of the ending. Really? That is how the author decided to end this book? There was nothing surprising that this thriller ended on.

The characters in this book are the biggest snobs and not in a good way. I felt extremely sad for all of the victims. The story felt very unrealistic. Many times, I wanted to stop reading the story but I pushed on to finish it. Usually, I like reading unreliable narrators but Jules was a boring character. She was an entitled person and not in a good way. I read thrillers to be shocked and have plot twists. For The Best was not the thriller that I wanted. The book was not horrible but it was not good either. 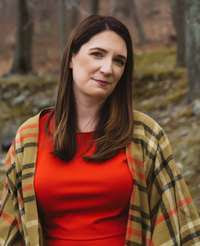 Vanessa Lillie is originally from Miami, Oklahoma, where she spent a lot of time investigating local ghost stories at the public library. After college, she worked in Washington, DC, until moving to Providence, Rhode Island, which she calls home with her husband and dinosaur-aficionado son. Smitten with the smallest state, she enjoys organizing book events and literary happenings around town. 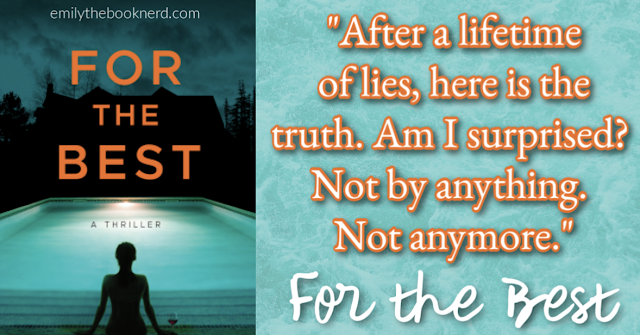