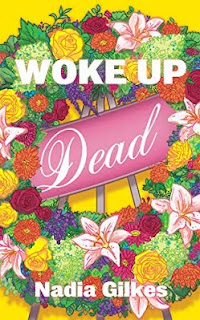 Hope Allison McKinley died. Or, at least everyone thought she did. When she suddenly wakes up in the middle of her own funeral - to the shock of all her loved ones - that is just the beginning of her problems. Reawakened, Hope now sees what everyone really thought of her. The casket is cheap, the flowers suck, and she’s wearing an outfit she wouldn’t be caught dead in! It’s her worst nightmare come true and all hell is about to break loose. In Woke Up Dead, Hope is faced with the enormous task of putting her death behind her and rebuilding her life. Having to overcome being a YouTube sensation and being shunned by her family, she slowly comes to realize that this is going to be a long, difficult, frustrating road. If you ever wondered what would happen if you Woke Up Dead, let Hope Allison McKinley walk you through the trials and tribulations in a story that will have you dying to read more.

The day I woke up dead was the day my life changed forever. Yeah - you read that right. Lol. I mean, I can laugh about it now. It was no laughing matter then. A few years ago I actually woke up at my own funeral. How is that even possible, you ask? Trust me, I’ve asked that same question myself. I’ve never received the full story. Some details I’ve been able to piece together. Some details I gave up ever learning. Here’s what I’ve gathered.

I was sick. I’d been under the weather for a couple weeks but pressed on like I always did. I’m single. Chronically single. With no one to share the load, downtime is a luxury I simply cannot afford. On most days I go about my daily grind giving myself the usual pep talk: “I HAVE to work. I have bills to pay. Rest is overrated.  I’ll sleep when I’m dead.”

At least, that USED to be my mantra. Not so much anymore. Anyhow, I had symptoms of the common cold. It could have even been bronchitis, but I never felt bad enough to go to a doctor. I know my body and this didn’t feel serious. I doubled up on my holistic meds and vitamins and kept going. Until one day, I couldn’t. I remember waking up and my body just ached. I tried to make it to the kitchen to get some water, and I guess my body just gave out. I collapsed right there on the kitchen floor.

I don’t know for sure how long I was out but the consensus seems to be about two days. I don’t talk to anyone regularly so that determination was based on my Facebook postings. I post religiously, daily. There was a 53 hour lapse between my last post and the time the landlord unlocked my door for the police wellness check. Somewhere in there, I slipped into a coma. By the time paramedics arrived my heart rate and breathing were nearly nonexistent, so naturally, they thought I was dead. The medical examiner was called in to do his rituals, then I was shipped off ... to the morgue! I still can’t figure out how several departments and numerous people missed the fact that I was sick, but not DEAD! Apparently, there’s a lot more incompetence in this world than I realized.

Whatever took place at the morgue has never been revealed to me. Every inquiry I made was met with the brick wall of HIPAA laws, privacy policies, and office procedures. I can’t tell you how many times in the past year I’ve screamed, “It’s MY privacy you’re supposed to protect and I’M giving you permission to tell ME what happened to ME when I was laid up in your morgue!” Needless to say, I’m still fighting that fight. I guess somewhere along the way, they froze me. Or maybe just kept me slightly chilled. Aside from what’s shown on tv dramas, I really have no idea what goes on in those mysterious places. I just thank God no one asked for an autopsy. That probably would have done me in for real.

Once I arrived at the funeral home I was put in the care of an inept embalmer. Somewhere between his penchant for cocaine and loose lady visitors, he failed to embalm me for the service which was quickly scheduled to take place mere days after I arrived. Thank God for another big miracle! Who knew sex on the job could be a lifesaver? Ultimately,  his actions would cost him his career … and his marriage, but the distraction of his side chick saved my life.

After his part of the process was “complete,” I rolled down the rest of the assembly line. Hair, makeup, outfit, arrangements, then it was on to my big day. That’s what I’ve been able to piece together from various accounts. Now let me take you back to how it all started, from my perspective. 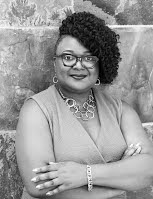 I hate the idea of being kept in a box. I have always had a creative flair and delight in quilting, writing, and occasionally dusting off my flute. Over the past decade, I've served my clients and community as a family law attorney. I genuinely love serving, but being devoted to others can often leave one feeling drained and unfulfilled. In 2019, a mind shift happened. I decided to unchain myself from my desk and nurture my need to create. I stopped living the life others expected of me and started chasing my dreams. In September of 2019, my first book, Woke Up Dead, will be available for purchase. It is an amusing, tongue-in-cheek novella about a young woman who wakes up at her own funeral, to the shock of those in attendance, and soon finds that getting back to life as normal is nearly impossible. In my spare time, you can find me traveling, creating, attending concerts, and drinking my sorrows away after the latest Buffalo Bills loss. I also attend as many P!nk experiences as I possibly can. (She does not do concerts ... she creates bucket list experiences ...) If you want to be the first to know what I'll do next, please follow me on social media and sign up for my mailing list and nadiagilkes.com