It's getting into the holiday season and that means HALLOWEEN!

I love this time of the year. Fall is my favorite season. I have been baking pies galore these past couple weeks. Being on the east coast right now, I am super into the fall season. The leaves are changing and it's absolutely beautiful.

Disney is life and when I saw this tag... I knew I had to do it! If you didn't already know, I am obsessed with all things Disney. I love all the old DCOM movies and often still watch them! Halloweentown has always been one of my favorites! They are just so classic and original. Nothing can compare to them. That's why they are still played years and years later.... because Disney knows they can't top them. All of these movies were made in the prime of The Disney Channel. This awesome tag was created by Book Princess Reviews!

Halloweentown: Where is your favorite place to go for Halloween or a place you want to go?

Halloweentown has always been my favorite. I still know all the spells by heart because I have watched the movie soooo much. In fact, next to Harry Potter for a while growing up, I kept waiting for my powers to appear. Lol. I don't really have a favorite place to go for Halloween. It's not really a holiday that I get into that much. Recently, I just like decorating my house and passing out candy to all the little kids in the neighborhood. I like seeing all the kid's costumes. It's not as magical as it used to be as a kid. Lately, holidays just aren't that fun to me.

Under Wraps: What’s something that used to be scary to you and then you realized it wasn’t just the mummy in this movie?

If I remember correctly, to my Disney knowledge, because I am a nerd, Under Wraps was the first DCOM ever to air on tv. It's the movie that started it all. I love it so much. Such a classic movie.

Mostly, everything used to be scary for me. When I was little, I was a huge scaredy-cat! I used to be terrified of the dark. Now, I need it to be a cave in order to sleep.... the less light the better.

Tower of Terror: What is the scariest place you’ve ever been to?

The only thing that I can think of is in Tombstone, Arizona, inside The Birdcage Theatre. It's actually haunted and you can just feel the spirits in there. Today, you can go to visit it. Many were murdered during the time of the theatre running. It opened in 1881 and closed in 1892. Wyatt Earp used to be in attendance frequently with Doc Holiday. 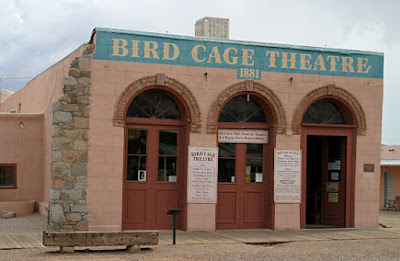 Twitches: If you could be any supernatural creature, what would you be?

Um, a witch? I think that was obvious though. I would love to be able to fly on a broom.

Don’t Look Under the Bed: Were you scared of monsters when you were a kid? When did it stop?

Don't Look Under Bed is so unbelievably creative still today. It was so ahead of its time. I love it so much. The story is spectacular! Yes, I was scared of everything as a little kid. Most things I grew out of by the time I was around 12 or 13... I still get scared pretty easily though. Clowns still bug me.

Phantom of the Megaplex: Do you watch scary movies? If so, what is your favorite or the one you got most afraid of?

Phantom of the Megaplex was always a favorite of mine. Disney Channel doesn't play it as often as they should for some reason. I like paranormal scary movies/movies that are based on true stories or ones that could have actually happened. I love The Conjuring universe and Insidious.

If you want to be on the edge of your seat than watch these.

The Scream Team: Who would be on your dream team if you went on a ghost/supernatural creature hunt?

Ed and Lorraine Warren. The real couple though...
not the actors who played them...

Mom’s Got a Date with a Vampire: Have you ever witnessed something/someone that could only be explained by the paranormal? If yes, what/who?

Lots actually. I have had vivid visits from people I have lost that I was close to. A main one would be my great grandmother. She is one of my many guardian angles.


and anyone else who wants to do this tag :)

Which one of these movies was your favorite growing up?
What would some of your answers be?
Have you ever seen anything unexplainable?
Let's discuss in the comments down below. 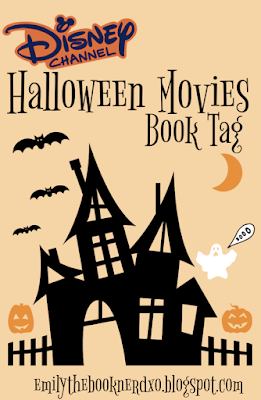