Sorry Not Sorry: Dreams, Mistakes, and Growing Up 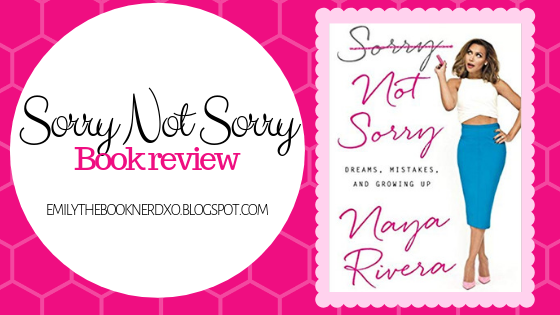 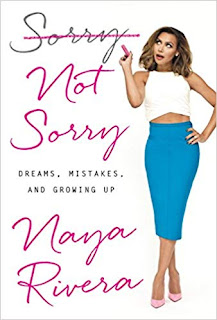 Funny and deeply personal, Sorry Not Sorry recounts Glee star Naya Rivera's successes and missteps, urging young women to pursue their dreams and to refuse to let past mistakes define them. Navigating through youth and young adulthood isn't easy, and in Sorry Not Sorry, Naya Rivera shows us that we're not alone in the highs, lows, and in-betweens. Whether it's with love and dating, career and ambition, friends, or gossip, Naya inspires us to follow our own destiny and step over--or plod through--all the crap along the way. After her rise and fall from early childhood stardom, barely eking her way through high school, a brief stint as a Hooters waitress, going through thick and thin with her mom/manager, and resurrecting her acting career as Santana Lopez on Glee, Naya emerged from these experiences with some key life lessons: Sorry: -All those times I scrawled "I HATE MY MOM" in my journal. So many moms and teenage daughters don't get along--we just have to realize it's nothing personal on either side.-  At-home highlights and DIY hair extensions. Some things are best left to the experts, and hair dye is one of them.-  Falling in love with the idea of a person, instead of the actual person. Not Sorry: -That I don't always get along with everyone. Having people not like you is a risk you have to take to be real, and I'll take that over being fake any day.-  Laughing at the gossip instead of getting upset by it.-  Getting my financial disasters out of the way early--before I was married or had a family--so that the only credit score that I wrecked was my own.Even with a successful career and a family that she loves more than anything else, Naya says, "There's still a thirteen-year-old girl inside of me making detailed lists of how I can improve, who's never sure of my own self-worth." Sorry Not Sorry is for that thirteen-year-old in all of us.

The life and advice from the one and only Naya Rivera.

I have always loved Naya Rivera ever since she was on Glee. I had no idea she had been in show business since childhood. Her quirks and stories were very relatable and I very much enjoyed reading them. The backstories and behind the scene stories from the set of Glee were my favorite. This wasn't surprising to me since it's one of my favorite shows even to this day. I actually met Naya when she was touring for Glee and I was very much surprised how humble and nice of a person she was but after reading her memoir... I can see why she is such a nice person. Naya had a Christian upbringing and despite being so successful at a young age she was never overly spoiled. I wish there was more in the book about her being on Glee but everything else was just perfect. Her book was honest and everything that I hoped it would be. This book would be great for any young adult girl trying to find her way in life. She had a bunch of advice about growing up and becoming the woman you are supposed to be. Here's to Naya and one badass book! 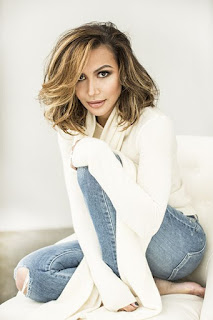 Naya Marie Rivera (born January 12, 1987) is an American actress and singer. She began her career as a child actress and model, appearing in national television commercials before landing the role of Hillary Winston on the short-lived CBS sitcom The Royal Family at the age of 4 (1991–1992), for which she received a nomination for a Young Artist Award. After a series of recurring television roles and guest spots as a teenager, Rivera received her breakthrough role as an adult as Santana Lopez on the Fox television series Glee (2009–2015), for which she received nominations for numerous accolades. She was signed to Columbia Records as a solo artist in 2011 and released a single in 2013, "Sorry", featuring rapper Big Sean. Rivera made her feature film debut as Vera in the horror film At the Devil's Door (2014), and recurred as Blanca on the third season of the Lifetimetelevision series Devious Maids in 2015. In 2016, she published a memoir with TarcherPerigee, Sorry Not Sorry: Dreams, Mistakes, and Growing Up. 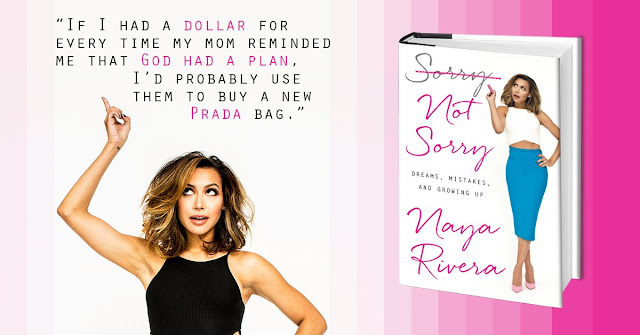