A Little Bit Wicked: Life, Love, and Faith in Stages 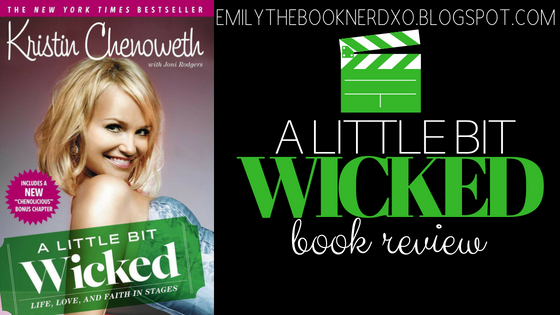 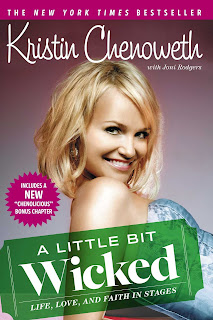 "Life's too short. I'm not." You might know her as a Tony Award-winning Broadway star, who originated the role of Galinda the Good Witch in the smash musical Wicked and won a Tony for 1999's You're a Good Man, Charlie Brown. Or you may recognize her from her starring roles on TV—The West Wing, Pushing Daisies, Sesame Street...oh, and her Huge Hit Sitcom ; Kristin; on NBC. (Huge hit. L.A. breast-implant huge. Ask either of the people who watched it.) Or maybe you saw her sexy spread in; FHM magazine? Or her appearance on Pat Robertson'sThe 700 Club? Kristin is a wonderful collection of contradictions—but everyone who's ever met her remembers her as the little girl with the big voice. At four foot eleven, Kristin Chenoweth is an immense talent in a petite but powerful package. In this lively, laugh-out-loud book, Kristin shares her journey from Oklahoma beauty queen to Broadway leading lady, reflecting on how faith and family have kept her grounded in the dysfunctional rodeo of showbiz. The daughter of an engineer and a nurse, Kristin was singing in front of thousands at Baptist conventions by age twelve and winning beauty pageants by age twenty-two. (Well, actually she was second runner-up almost every freaking time. But, hey, she's not bitter.) On her way to a career as a professional opera singer, she stopped in New York to visit a friend and went on a whim to an audition. Through a combination of talent, hard work, and (she's quick to add) the grace of God, Kristin took Broadway by storm. But of course, into every storm, the occasional drizzle of disaster must fall. Filled with wit, wisdom, and backstage insight,  A Little Bit Wicked is long on love and short on sleep; it's essential reading for Kristin's legions of fans and an uplifting story for anyone seeking motivation to follow his or her dreams—over the rainbow and beyond.

Kristin Chenoweth is a showstopper on and offstage.

I have always been a huge fan of Kristin Chenoweth since I was a very little girl. I had no idea she was adopted or what her life was like as a kid. She was a very hard worker and deserves everything she has worked so hard for. After reading about her way to fame, I grew to love her even more than I already did. If you don't know this heartstopping singer and actress. Stop everything you are doing right now and go watch some Youtube videos of her singing, dancing, and acting. You will begin to love her just as much as I do. She is easily hands down one of my idols. Not just because of her talent or charm.

After reading her memoir, I have learned she has an all around beautiful heart and soul. There's very few books I have read where I am smiling and laughing the whole time reading it and her memoir did that for me. It was a very easy read and I read most of it in one sitting. Her writing is one big treat. If you need a book to get you out of a slump. Or you want a book that just flat out makes you smile please read this book. You will not regret it. I normally am very selective with nonfiction but this book was the icing on top of the cake. Not to mention there is a lot of insight into growing up and treating people the way you want to be treated. Chenoweth is full of spunk and grace. 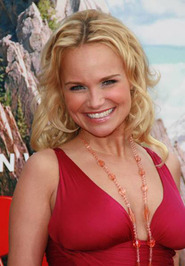 Kristin Chenoweth is an American singer, musical theatre, film, and television actress, and author. Some of her best-known roles have included her Tony Award winning role as Sally Brown in Broadway's ,You're a Good Man, Charlie Brown, her role as Glinda in Broadway's Wicked, and her role as Annabeth Schott in television's The West Wing. She was a cast member on the ABC comedy-drama Pushing Daisies; her portrayal of Olive Snook on that show was recognized with a 2009 Primetime Emmy Award. 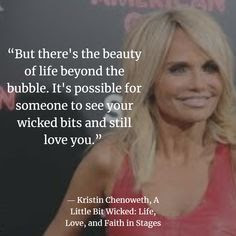