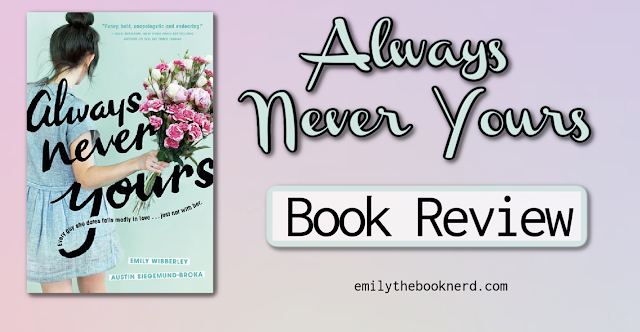 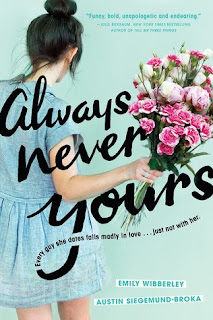 Shouldn't a girl get to star in her own love story? Seventeen-year-old Megan Harper is about due for her next sweeping romance. It's inevitable—each of her relationships starts with the perfect guy and ends with him falling in love . . . with someone else. But instead of feeling sorry for herself, Megan focuses on pursuing her next fling, directing theater, and fulfilling her dream college's acting requirement in the smallest role possible. So when she’s cast as Juliet (yes, that Juliet) in her high school’s production, it’s a complete nightmare. Megan’s not an actress, and she’s used to being upstaged—both in and out of the theater. In fact, with her mom off in Texas and her dad remarried and on to baby #2 with his new wife, Megan worries that, just like her exes, her family is moving on without her. Then she meets Owen Okita, an aspiring playwright inspired by Rosaline from Shakespeare's R+J. A character who, like Megan, knows a thing or two about short-lived relationships. Megan agrees to help Owen with his play in exchange for help catching the eye of a sexy stagehand/potential new boyfriend. Yet Megan finds herself growing closer to Owen, and wonders if he could be the Romeo she never expected. In their fresh and funny debut, Emily Wibberly and Austin Siegemund-Broka break down the high school drama to find there's always room for familial love, romantic love, and—most importantly—self-love.

A theatre geek falls in love during a school production of Romeo and Juliet.

I could not wait to delve into Always Never Yours because I grew up doing theatre. So, any book that has theatre in it makes me excited. The fact that the novel is co-written by husband and wife just made it all that cuter. The book focuses on a lovesick teenager named Megan.

Megan has had many boyfriends despite her young age. She dreams of majoring in set design in college one day. The book follows Megan in her senior year of high school. Her drama teacher casts her as Juliet in Romeo and Juliet. Megan is anything but thrilled. Although she must complete an acting requirement to get into the college program of her dreams.

Of course, while attending play practice she falls in love with someone new. I wanted to love this story and the romance. However, I just could not bring myself to love these characters. The premise sounded better than how it was handled. While I did not hate the book I didn't love it either. Everything fell flat to me. Always Never Yours was an average teen book. The writing style was beautiful though. Thank god this book was a fast read otherwise I probably would not have finished it. Since I enjoyed the writing style, I will probably try another book by these authors in the future.

Megan was an annoying main character. She became very whiny especially towards the end of the book. I honestly think if the story was told in another character's perspective I would have liked the story more. More books need to have theatre nerds!

Megan's best friend was horrible. There were many times when I could not believe that she got with Megan's ex. Megan was so quick to forgive. It almost felt too unreal and rushed to me. Megan completely lets people walk all over her. I am all about forgiveness but this way was very unrealistic. Cheating is never okay. The book felt like it was trying to justify that it was. My stomach hurt most of the time reading those sections.

I do feel that Always Never Yours dealt with not being ashamed of sex very well. Teenage years are when you are figuring out your sexuality and the book captured that essence. Coming to terms with your sexuality is not always easy and the story conveyed that. It was not overdone and very realistic to life. Divorce is explored and how you can fall out of love. What it does to a household and a child. I could relate to Megan on that level coming from a broken home myself.

Overall, I do think there are people that would love this book. It just was not my thing. I so wanted to love this story. You can't love every book though. 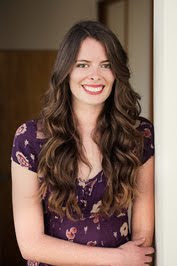 Emily Wibberley grew up in Southern California, but instead of working on her nonexistent tan at the beach, she spent her time reading, making music and watching Buffy the Vampire Slayer. Shortly after falling for her best friend, Austin Siegemund-Broka, she attended Princeton University where she graduated Magna Cum Laude in 2014 with a degree in Psychology. She and Austin now live and write YA contemporary together. Their debut, Always Never Yours, will be published by Penguin Books in Summer 2018. Visit her website at www.emilywibberley.com and sign up for her mailing list to hear about exclusive giveaways and YA book news. Also, check out Emily's and Austin's new website at www.emilyandaustinwrite.com. 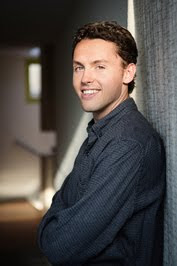 Austin Siegemund-Broka cowrites YA contemporary with Emily Wibberley. His debut with Wibberley, ALWAYS NEVER YOURS, publishes from Puffin/Speak in 2018. A former journalist in the entertainment industry, where he covered the courts and, yes, met a couple celebrities, he graduated from Harvard in 2014 with a degree in English and a focus on Shakespeare. When he's not writing (or reading) YA, he enjoys combing every corner of contemporary music and watching Buffy with Emily. He lives in Los Angeles. 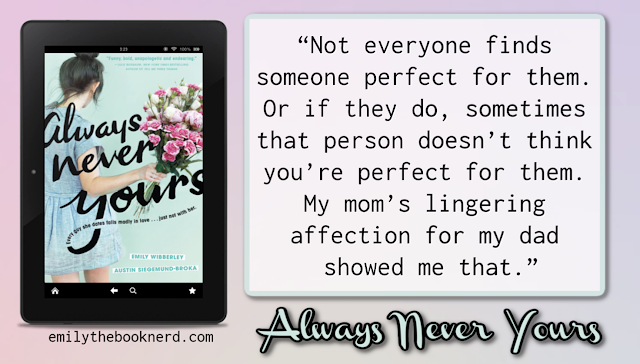