Everything I Knew to be True Blog Tour & Giveaway 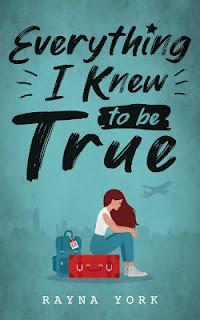 Title: Everything I Knew to be True
Author: Rayna York
Genre: YA Contemporary FictionRelease Date: May 12, 2019

It was never easy for Cassie and her mother, struggling to make ends meet in their tiny apartment in The Bronx, but they had each other and that was enough. When her mother dies suddenly from an aggressive form of cancer, Cassie is forced to finish high school in California while living with the wealthy family of her mother's closest friend—a woman she never knew existed. Living with the Stantons is the complete opposite of what she's used to—the massive house, a father figure, and Cody, the spoiled, insanely good-looking son with the bedroom across the hall. Broken with grief and struggling to fit in, Cassie meets Mila, a female powerhouse that helps her cope with a hidden past, the overwhelming present, and a shared experience no one should have to endure—a nightmare they both thought was over. Warning: Although this book is classified as Young Adult, I recommended it for mature readers due to explicit language. 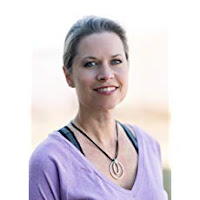 Rayna York grew up with hippie parents that liked to adventure, so being the new kid was always a challenge. Where change was the norm, books were her constant--a way to escape. As an adult, many careers came and went, but writing has always been her passion. Everything I knew to be true is her first published novel.